It was received in relation to their excellent contribution and their handling of shipments over the course of the year 2014-5. Alongside the certificate, they also received a A380 crystal aircraft model to mark the achievement, which will be proudly displayed by the team at the Eram Rover Logistics headquarters.

This marks the second award of the year for the CQR Dammam member, having been a finalist in the 2015 Lloyd’s List awards for the Middle East and Indian Subcontinent sector. The company is a joint venture between Eram Group and Rover Logistics, to create the perfect blend of a wide network, a wealth of experience and a focus on offering an unmatched quality of services to customers. As such it is not hard to see why they are receiving recognition from across the industry. 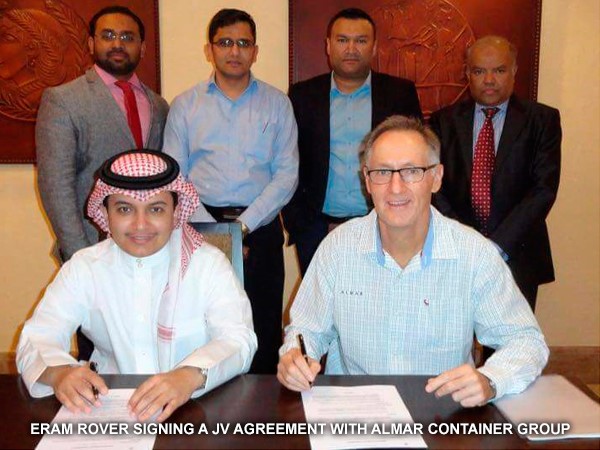 Criteria – This award goes to the shipping or logistics company that has worked with shippers not only to provide ocean transportation but a total logistics package with full end to end supply management across both the sea and land sectors within the Middle East and Indian Subcontinent.

“This is our first time being a finalist. Our parent company ROVER LOGISTICS FREIGHT in Dubai has been nominated many times but with our set up in Saudi Arabia being fairly new, just a few years, we are pleased to be nominated in this year’s awards” said Mufeed Mohammed Ali Business Development Executive.

We wish CQR Dammam luck and invite all members with shipments in their city to get in touch with the team.