Aduanas y Transportes Lazaro, Conqueror member in Valencia, Spain, has been joined by a new member- Ms. Christina Soriano. Ms. Soriano who will be working at the International Business Development Department is going to be the main point of contact between CQR Valencia and its clients worldwide. Some of her work would include answering client’s queries, offering suggestions, organization of sales visits, demonstration of services and much more.

“I am really happy about joining the team of Lazaro Cargo and I hope to competently lead our International Business Development Department and drive many new projects our way,” says Ms. Soriano.

According to Jorge Perez, Manager of Aduanas y Transportes Lazaro Cargo, “Cristina Soriano is an experienced and highly talented personnel and I am sure that her presence will greatly increase our team’s efficiency. We are delighted to welcome her in our team.”

All the best to Aduanas y Transportes Lazaro for their future endeavours!

The leading global maritime solutions provider, Boskalis International, recently called upon the services of the leading Maldivian freight forwarder, CQR Male, to handle the shipping of 18 Float Hoses and Anchor Pipes to Kenya for the Mombasa Port Development Project. 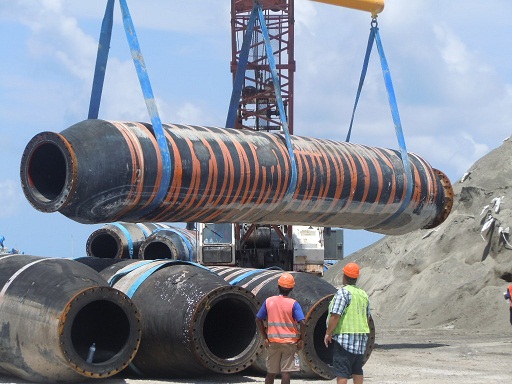 These hoses are used for the refuelling of docked vessels. The Ocean Logistics PVT Ltd team packed and loaded the 13.5 MT hoses onto a Delmas vessel, where the team also took care of the lashing. 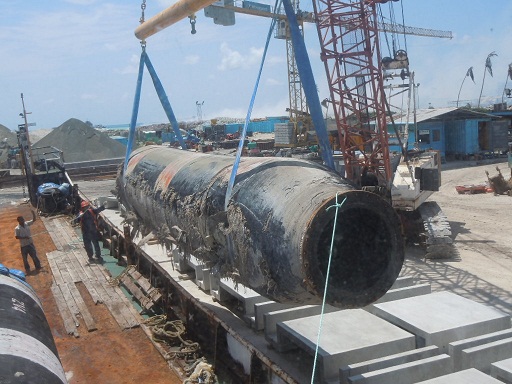 Despite only being in operation for 5 years, Ocean Logistics has expanded to 3 offices and the company is now able to provide “end to end logistics services” across the 1,190 islands which make up The Maldives. Marketing Manager Prashan Pathirana says the secret to their rapid success lies in their team’s vast local knowledge, short lead times and professional handling of every shipment.

The Conqueror Freight Network, designed to equip qualified members with the tools and organizational infrastructure to compete in an industry increasingly dominated by a dozen multinational “mega forwarders”, began accepting applications for membership on September 15, 2010.

So far only about 15% of applicants met the group’s high admission standards.

The first 50 members, who have agreed to submit to Conqueror’s rules for “disciplined cooperation”, and to use each other for 50% of their shipments as the network grows, will operate on a trial basis until June, paying no membership fees until then.

Within two years Conqueror hopes to fill the 564 slots in its network, providing coverage in all the world’s major cities.

Antonio Torres, who designed the network of freight forwarders, said: “We had a bigger response than we bargained for, and in our zeal to identify the most qualified candidates, we had asked for too much information and too many documents.”

Since the September 15 launch, hundreds of applications and thousands of emails were received, network coordinator Russell Whittington said. This forced the postponement of promotional campaigns on several continents.

Madrid, Spain, October 25. – Staggering under an avalanche of mail, the new Conqueror freight forwarders network has drastically simplified its membership application procedure. Applicants now must complete a single form, available on www.conquerornetwork.com, and extra staff has been hired to deal with the backlog.

“We had a bigger response than we bargained for, and in our zeal to identify the most qualified candidates, we had asked for too much information and too many documents,” admits Antonio Torres, who designed the network of selected independent forwarders to operate like a “virtual multinational”, with exclusive territories, internal disciplined, and a single brand.

Read the full article at: http://www.3plnews.com/3pl/flooded-by-applications-conqueror-network-streamlines-process.html

Less than a week after launch, the recruitment drive for the world’s first “virtual multinational” freight forwarders alliance has already netted scores of pre-applications and hundreds of website hits Conqueror Network and requests for information.

“Less than a week after launch, the recruitment drive for the world’s first “virtual multinational” freight forwarders alliance has already netted scores of pre-applications and hundreds of website hits (www.conquerornetwork.com) and requests for information.

“We are very encouraged by the response,” said Antonio Torres, himself a veteran freight forwarder and mastermind of the new Conqueror network, whose members will be obliged to work with each other on at least half of their shipments. “Our launch was reported widely in the specialized press, and seems to have become a talking point in the industry.”

Read the full article at: http://www.3plnews.com/3pl/qconquerorq-launch-makes-big-waves.html

A new high-level freight forwarders network will operate as a “virtual multinational”, with obligatory cooperation among members, a single worldwide brand, exclusive territories, and other advantages now enjoyed only by the biggest players.

Starting today, applications are being accepted to join the Conqueror Freight Network (www.conquerornetwork.com), in which carefully selected members will work with each other on at least 50% of their shipments and follow other rules to maximize the benefits of “disciplined cooperation”, enabling them to compete against the largest forwarding group.